We Are Pioneers Of The Girls' Wrestling Movement! 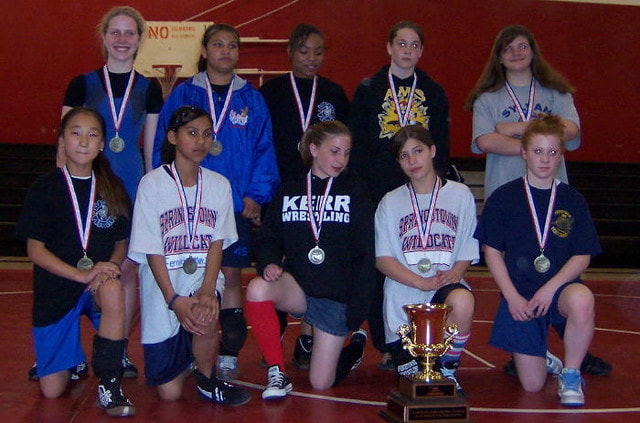 Since the Inaugural event we saw the rise of the Springstowne Lady Wildcats of Vallejo, who built one of the largest girls' programs on any level with 80 girls at its peak, as they won the California Golden Cup 9 times over a ten year span. Word about this Middle School event spread and it rapidly became the largest and toughest middle school girl's event in the United States often eclipsing 200+ girls annually with brackets often featuring 20 or more competitors. In recent years Louis Pasteur of Orangevale pulled off a 3-peat as team champions and last year Kerr of Elk Grove laid claim to the Golden Cup!

In a decade and a half this event has aided the development of many girls who have gone on to become CIF State Medal Winners, members of the vaunted USA Team California's Fargo Championship squads and even produced a number of Collegiate level wrestlers. ​We thank you for your continued support and look forward to continuing to provide this opportunity for California Girls for years to come!!!